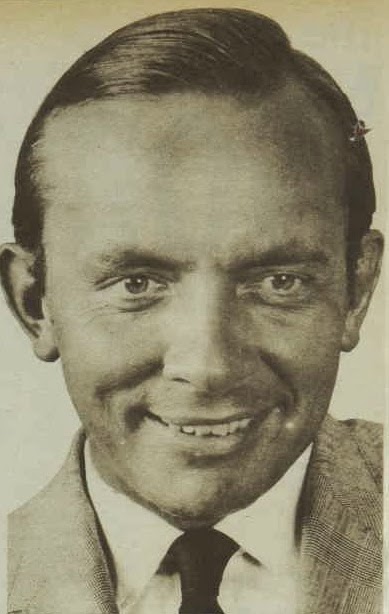 As I was taking a look at Sunday’s Playbill for the Grand Finals, I was reminded that the 2014 Grand Finals Concert will be dedicated to the memory of Howard J. Hook Jr.  Mr. Hook died in December 2013 at the age of 88 after dedicating more than sixty years to the Metropolitan Opera and the National Council Auditions.  He received the Met's Verdi Medal in 1982 to honor him for these contributions.

Howard Hook Jr. was born in 1925 in Pittsburgh.  It was his grandmother who first introduced him to music, taking him to Bayreuth when he was seven years old to hear Toscanini conduct Wagner's 'Tannhauser.'  He lived with his grandparents in Switzerland until the start of WWII, when he returned to the US and went to Princeton to earn a degree in Political Science.


"Music," he said, "is the one great international language. It cuts across every kind of man-made barrier. Performers reach the people in a way politicians can't. And they're the best possible ambassadors for their country."

So when he graduated from Princeton, he decided on a change of careers:


"Grandmother died when I was 19. I'd grown up loving music and singing, and I did have a voice. I decided to go to Zurich and train to be an opera singer. Yes, I did receive an inheritance, but I'd have gone anyway. There were great hopes for my future, but as I've said, my nerves beat me.  So I took off to Italy. I decided I'd just study. I didn't have to perform. So I studied under Tito Roffo, a wonderful old man, and also studied painting at the University of Florence."

So instead of being on stage himself, Mr. Hook decided to dedicate his life to furthering the careers of other young opera singers.


"I'd always been interested in the Metropolitan Opera House, and I soon became engrossed in schemes to create a greater awareness of the Met as a national institution. What was needed was a project which would touch people not usually interested in opera, something with which people throughout the country could identify."

Since 1935 the Met had been holding an annual vocal competition called the Auditions of the Air, but William Marshall, the program's Director in 1950, noticed that singers from the New York area were dominating the competition.  One explanation for this was that singers had to pay for their own travel to and from New York if they wanted to compete (it was just as expensive to be an opera singer back then as it is today).  It so happened that Mrs. Belmont had created the Metropolitan Opera National Council in 1952 in order to garner national support and interest for the Met, and this is where Howard  Hook saw an opportunity.

Because of the National Council a network of volunteers and opera lovers was already available throughout the country when he took a map of the US and Canada in 1954 and divided the country up in 16 Regions.  He traveled to 60 cities within those Regions and set up committees in each of them to hold local auditions.


"I spoke to literally thousands of people, and that made me just as terrified as singing in public! In fact, even now, the longest walk in the world is the one I take every year from the wings to the centre of the stage to give a speech after the audition finals.”

From the start Mr. Hook saw the National Council Auditions on an international level.  For example, he traveled to Australia in 1968 to attend the District Auditions there, which were part of the Pan-Pacific Region.


"Our idea is that after study and experience abroad the singers go home and give their own country the benefit of their training.”

In 1968, Regional winners were send to New York for a week (all expenses paid) to compete in the Semi-Finals.  The winners each received $2,000 which they used to study (wherever they chose) for the Finals which were held seven months later.  The Finalists then competed for a Metropolitan Opera contract and a cash prize of $2,500.

Throughout the years the National Council Auditions have evolved from an international competition to a national one, and Metropolitan Opera contracts are no longer awarded after the Finals.  Instead, many singers are invited to join the Lindemann Young Artist Development Program which was established in 1980 by James Levine.  Award money has also grown considerably with the help of generous donors throughout the country, but other than that not much has changed.  The auditions are still run by volunteers (many of whom are National Council members), and the country is still divided up into Districts and Regions to make it possible for singers to audition wherever they may live.

Howard Hook Jr. may not have seen himself as a salesman when he was younger, but throughout the years he definitely became a "traveling salesman for culture."  He made the National Council Auditions into what they are today, and without him hundreds of artists would not have had the career they had because of the National Council Auditions.  As soprano Jessye Norman, winner of the Auditions in 1968, said ten years ago at a gala honoring Howard Hook Jr.: "The principal result of my association with Howard Hook and the Met Opera Auditions was that of much-needed moral support and financial assistance."