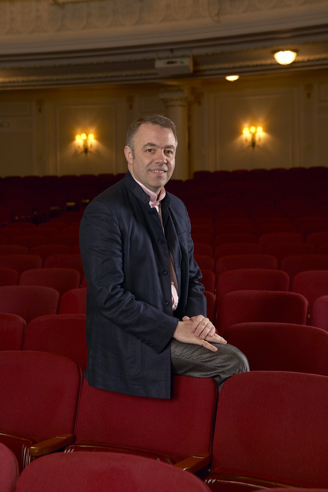 Nicholas Russell is Director of Artistic Operations for Boston Lyric Opera, a post he has held since December 2008.  In this position he is responsible for implementing the repertoire plans of the Company, including casting and production development, as well as its Emerging Artists.  This follows ten years in a similar position at Glimmerglass Opera. Prior to Glimmerglass, he was Assistant to the Director, Frank Dunlop, at the Edinburgh International Festival as well as Artists Manager for Scottish Opera.

At Glimmerglass Mr. Russell administered the company’s acclaimed Young American Artists Program.  Additionally, he was Project Coordinator for the Emmy-nominated production Central Park, co-commissioned between Glimmerglass Opera, New York City Opera and Thirteen/WNET, as well as the Grammy-nominated recording of The Mines of Sulphur for Chandos.

As an adjudicator, he has participated on panels for The Metropolitan Opera National Council Competition, The Dallas Opera and The Richard Tucker Foundation. At conferences and seminars, he has made presentations for OPERA America, the National Opera Association and The Auditions Project.

Nicholas Russell is an American citizen, having been born in Glasgow, Scotland; he has an MA Honors degree from the University of Glasgow in French and Music.
Posted by Unknown at 6:00 AM