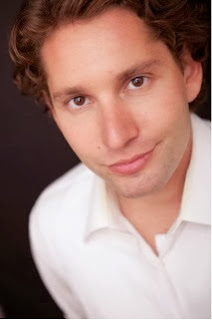 Opera Idols: Tell us a little bit about yourself.

Robert Balonek: I'm originally from Rochester NY. I went to Purchase College where I received my bachelors and masters degrees and then attended Mannes School of Music for my professional studies.


OI: When did you know you wanted to become an opera singer?

RB: I always knew I wanted to perform. My mother is a DJ and was in bands all my life, so being on stage was something I always felt comfortable with. I started off listening to and singing lounge music (Sinatra, Jimmy Roselli, Chet Baker…). My mother took me to a Pavarotti concert when he was in Rochester and from that moment on I was hooked.

RB: I LOVE Bohème and I can listen to anything Puccini any day of the week. Same thing with just about anything Rachmaninov and Verdi composed.

Singers I like to listen to are Robert Merrill and Leonard Warren. I think I have just about every recording and bootleg they have out.

For a role model, Louis Otey; an amazing baritone and a great guy. He and his wife, Maria, run this great festival in Phoenicia and I really love what they’re doing there.

OI: What does it mean to you to be a District Winner? Did you learn anything from the experience which you will be applying at the Regionals?

RB: I learn something about myself every time I sing. About a year ago, I was hit by a car and broke my shoulder, broke 10 ribs and popped a lung. It took a while to heal and there is definitely a difference in the way I sing. The good part about the accident is now, I’m very aware of air, breathing and the importance of stretching before I sing.

I’m THRILLED to be a district winner and I’m taking as much time as work will allow to get my voice into the best shape I can. I’m also excited to sing in such beautiful halls. Merkin is a lot of fun to sing in and I’ve always dreamt of singing on the MET stage.

OI: How will you be preparing for the Regionals in the next few weeks?  On the day of the auditions, do you have any rituals you follow?

RB: Preparing for the regionals, I’ll be singing as much as possible. I also have a concert at Opera America that night so I'll have all that music in my head too.

The morning of, I’ll stretch and do some yoga to get my heart going and try to stretch out my lungs as much as possible.

OI: Do you have any performances coming up?

And I’ll be singing Escamillo in Carmen with Opera Hamilton in Ontario, CA.
Posted by Unknown at 6:00 AM