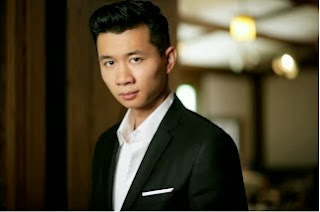 Opera Idols: Tell us a little bit about yourself.

Brian Vu: My hometown is Orange, CA (The OC, Arrested Development).  I studied at Yale University and some of the roles I have performed are Duke Robert (Iolanta), Ottone (L'incoronazione di Poppea), Mercury (Orpheus in the Underworld) and Minskman (Flight).

OI: When did you know you wanted to become an opera singer?

BV: I was always in the high school choir, band and drama club; to spend all my after school hours with friends and make new ones. Singing was so much more fun than studying for that Chemistry final or paper writing the night before the deadline. I entered college with the intention of studying International Development Studies and rushing a fraternity. Somehow, music came back into my life, this time in opera form. The rest is history!

OI: How will you be preparing for the Regionals in the next few weeks?  On the day of the auditions, do you have any rituals you follow?

BV: Rest, gym time and listening to my DJ playlist for inspiration and adrenaline.

BV: It's a national anthem, but Juliette's Waltz is such an exciting piece!
Simon Keenlyside would definitely be the opera 'role model.'

OI: Do you have any performances coming up?

I will be singing Marcello in Yale Opera's production of "La Bohème!" Performances are February 14-16th, 2014 at the Shubert Theatre in New Haven, CT.  Tickets can be bought online or at the box office.
Posted by Unknown at 6:00 AM