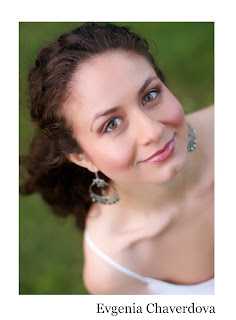 Aria choices for the Region Finals (subject to change):


OI: How did you become an opera singer?

EC:  My grandfather was an opera singer and my grandma fell in love with him when she heard his Lensky. As she sat in the front row of the Tbilisi Opera Theatre, he had her heart with the first note. She waited for him backstage after the performance and introduced herself--this meeting marked the beginning to forty glorious years together. I think that their love and passion for each other as well as the arts inspired everyone in our family to explore, to dream, to believe, and to create. However, grandpa often warned about the challenges, drama, and sacrifices involved in being an artist, and strongly advised against following in his footsteps. Some wisely took his advice, but I could not resist the mighty, magnetic pull of music.


OI: What is your favorite aria/opera/composer?

EC:   Another difficult question for me... Nevertheless, Tchaikovsky's Evgeny Onegin will always hold a special place in my heart.

OI: How have you been preparing for the Region Finals?

EC: En route to New York from the Netherlands, I made a stopover in Iceland. There I prepared for the Region Finals by indulging in the resilient beauty of the Icelandic landscapes, following the Northern Lights and soaking in geothermal hot springs. After all, competitions are stressful! But I also do occasionally practice, eat and sleep.


* Always a difficult question for me... I was born and raised in Moscow, Russia; spent three years in India; settled in Fresno, California; studied in San Francisco; and have now been living in Amsterdam. Phew!
Posted by Unknown at 6:00 AM