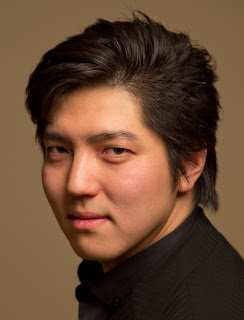 Aria choices for the Region Finals (subject to change):


OI: How did you become an opera singer?

TO:  I used to be a tuba player for 6 years at the Brass band club of my mid/high school, and became interested in opera when we did Triumphal March from "Aida". I did some research about the story, started watching operas, and became crazy about it.


OI: What is your favorite aria/opera/composer?

TO:   Depends on the mood, but Mozart's Don Giovanni is always my favorite opera.

OI: How have you been preparing for the Region Finals?

TO: I just do what I usually do. Sleep well, prepare the music deeply and carefully, and read the text.