Opera Idols Invitation: A Rare and Intimate Evening of Opera 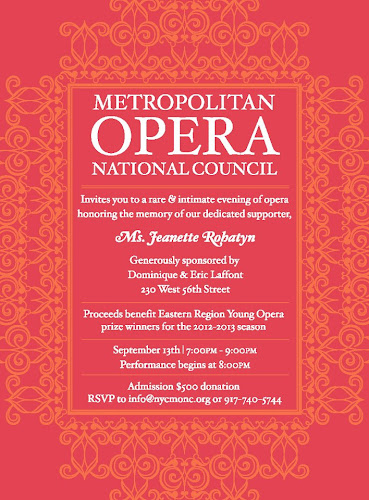 On September 13th we are kicking of the 2012-2013 season of the Metropolitan Opera National Council Auditions Eastern Region.

This year the National Council Auditions are celebrating their sixtieth anniversary and these sixty years could not have been possible without the wonderful volunteers that run the auditions throughout the country. For this reason, we are dubbing this year 'The Year of the Volunteer'.

We are holding our first event of the season in honor of Mrs. Jeanette Rohatyn, a dedicated supporter and volunteer of the MONC Eastern Region for many years until her passing a few months ago.

This event is only accessible to MONC Eastern Region donors of $500 or more, so if you are interested in attending, make your contribution now. 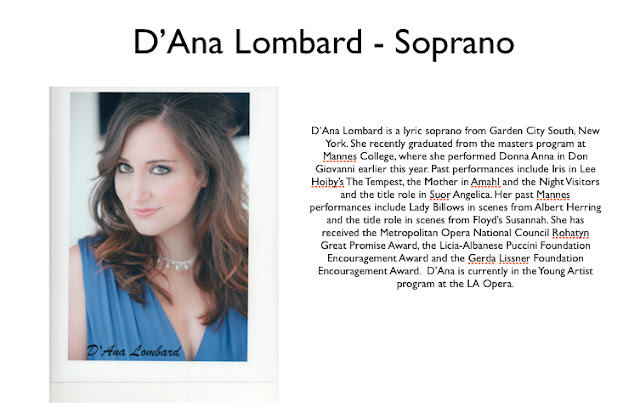 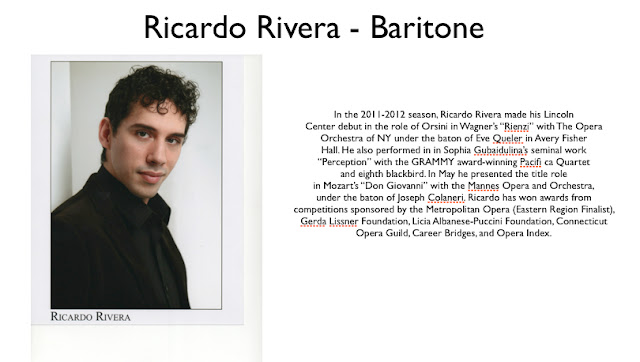 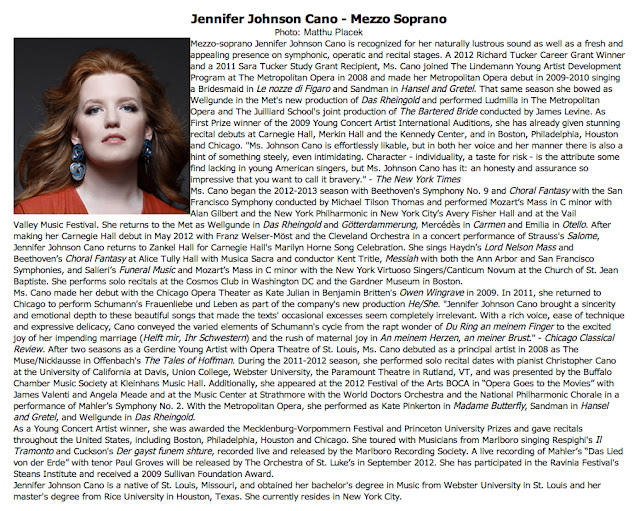 Posted by Unknown at 8:01 PM No comments:

Congratulations to Melissa Wegner, the Met's Associate Director of the National Council Auditions, for   being named SUNY Potsdam’s Rising Star.

You can read the full article here.
Posted by Unknown at 5:34 PM No comments: