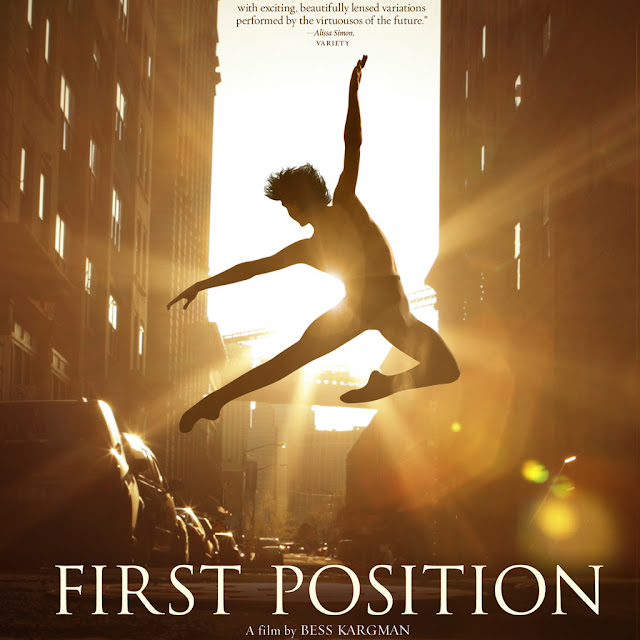 Today, I realized many dancers make it to the stage of a national company the same way an opera singer does: they compete.  Ballet stars such as Cory Stearns and Isabella Boylston (both at ABT now) made it through the Semi-Finals and Finals of the Youth America Grand Prix (YAGP), the biggest ballet competition in the world.  This competition is to ballet what the National Council Auditions are to opera.

Ever since ballet and opera came into being in the 16th and 17th Century, the two have been irrevocably linked.  While ballet was born in France under the tutelage of Louis XIV, opera was mainly an Italian form of entertainment.  Ballet, however, was not able to keep up with changing times (think French Revolution) and it was soon surpassed in popularity by opera.  So ballet mainly became a divertissement, a diversion in an opera.  In Italy this interlude was performed between two acts to relieve the seriousness of the opera, while in France it was woven into the story of the opera.  These days, many opera companies still employ a ballet troupe as many operas feature a ballet performance, such as Massenet's Manon and Verdi's Aida.

Dancers often get picked to be in certain ballet companies because they participate in competitions, and the documentary First Position focuses on a handful of dancers who compete in the YAGP.  Watching this movie, I couldn't help being reminded of the documentary The Audition (following MONC competitors).  I just felt happy after watching First Position.  It is wonderful to see young people compete to turn their dream into a reality; a dream some have had since they were three years old.  It is this kind of satisfaction I get from watching MONC competitors moving on through the competition on their way to making their dreams come true.

First Position featured the whole gamut of human emotion, from despair to elation and from immense pain to the feeling of being able to fly.  Dancers (as are singers and professional athletes) are often hardest on themselves, and this leads to some pretty devastating moments.  However, everyone had such joy on their faces at the end of the day because they were doing what they love to do, and this was evident on the faces of the judges, the dancers and their families.  Often, these families have made many sacrifices in order for their children to make it to where they are now.  Being a ballet dancer takes commitment and dedication, both for the dancer and their families.

One family who takes this commitment to the next level is the family of Miko (12) and her brother Jules (10).  Miko has known since she was little that she wanted to be a ballet dancer, and in order to give her the best chances, her family has moved so they can live closer to her ballet teacher.  Miko is also home schooled so she can dedicate more hours to dancing each day.  Her brother Jules is also a ballet dancer (albeit a reluctant one), but while he still attends school, he has to deal with ballet stereotypes each day.

Many boys give up dancing by the time they reach Junior High because of the relentless teasing.  Jules refuses to tell his classmates in his new school what he does in his spare time because he was teased so bad in his first school.  Meanwhile, the girls have to deal with another stereotype: their weight.  Even though ballerinas are skinny, it is a big misconception that is so because they are anorexic.  Ask any dancer and they will tell you they eat tons of food, but the exertion and the amount of energy required to perform daily burns through a ton of calories.  Many dancers go out after a performance (no eating before) and have steak, sometimes two.

The most important asset for a dancer is to have a well-proportioned body and beautifully arched feet.  These are the details a judge pays attention to, yet some judges focus on the sparkle in the dancer's eyes, while others are more interested in the musicality of the body or their potential in ten to fifteen years.  More and more, however, ballet is about gymnastics.  Dancing ballet is like being a professional athlete, and with that also comes the dark side of the profession.  Many dancers suffer more injuries than an athlete (some daily), but they work through it.

They have to, because some have been working towards this moment for ten years and they will often get only one chance.  Case in point, Michaela, a fourteen year old ballerina originally from Sierra Leone.  Her family was murdered during the civil war when she was still a baby, but an American family adopted her a few years later.  While still at the orphanage in Sierra Leone, she saw a picture of a ballerina on the cover of a magazine.  At that moment she knew: she wanted to be like her.

After flying through the Semi-Finals with a piece from Swan Lake, she trained for months for the Finals.  Just a few weeks before she was supposed to compete, she developed tendonitis in her foot (an inflammation of the tendon).  She could barely dance, but she pushed through the pain (at the risk of ruining her future career forever) and she competed.  These are the risks a ballet dancer has to take in order to get ahead.  There is very little opportunity in the dance world right now and there are a lot of people who want it.

As a matter of fact, about five thousand dancers want it every year.  YAGP has been held annually for the last eleven years, and it is the best way for an aspiring ballet dancer to be seen by the greatest dance companies in the world.  About five thousand dancers compete in fifteen Semi-Finals held all over the world, while about three hundred will move on to the Finals held at City Center here in New York.  The competition is divided into age divisions, and both boys and girls get bronze, silver and gold medals.

While most opera singers reach their prime later in life, ballet dancers mature at a very young age and only have a limited amount of time at the top.  Because of this, participants to the YAGP have to be between the ages of nine and nineteen.  They have five minutes to prove themselves to the judges (thirty of them representing the best ballet companies in the world) in the hopes of receiving scholarships, medals and job contracts.  Seventeen is not too young to be offered a job at ABT or the Royal Ballet.

Often, these scholarships are what makes or breaks a dancer's budding career.  Take the example of Joan Sebastian, a sixteen year old dancer from Colombia who moved to New York by himself in the hopes of becoming a professional ballet dancer.  Staying in Colombia means giving up his dream to be a dancer, both financially (he would make $250/week in Colombia, while he might get a $50,000 scholarship to go to a prestigious ballet school) and professionally (ballet is not popular in Colombia; boys are supposed to play soccer).

It takes a lot of money to be a ballet dancer, just like it takes a fortune to be an opera singer.  The list is endless: shoes, costumes (some take a hundred hours to make and cost anywhere between $1,500 and $2,500), coaching, one-on-one choreography ($1,500), studio rentals, doctors...

Just like MONC does for opera singers, the YAGP gives dancers the opportunity to get ahead in their profession, both financially and artistically.  This was a great movie, especially because it highlighted so many similarities between opera singers and ballet dancers on their quest to the top.  At these competitions, friendships are forged, lives are changed and the future of two of the most beautiful art forms are ensured.  If you have been looking hard for a must-see movie this summer, First Position is the movie you were looking for.  You can see it in theaters, or you can rent it instantly on iTunes.
Posted by Unknown at 6:00 AM