A Timeline of MONC ER Winners

In anticipation of Sunday's Grand Finals, I thought it would be nice to look back and see which Grand-Finals winners came to the Met stage through the Eastern Region.  Hopefully we can add Will Liverman's name to this list on Sunday.  Just like all the other Grand-Finals winners, and all the competitors, they have kept opera alive and thriving here in the US, and all over the world, for the last 58 years.

I highlighted one singer every decade, but you can find out more about all their appearances on the Met stage at www.metoperadatabase.com 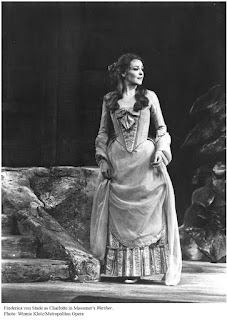 Frederica Von Stade is still involved with the National Council Auditions and serves as MONC's National Advisor.  After winning the Auditions she made her Met debut on January 10th, 1970 as a Genie in Mozart's Die Zauberflöte.  In her first season at the Met, she tackled many more operas, including La Traviata, Tosca and La Fanciulla del West.  She sang at the Met for forty years, and made her last appearance on March 14th, 2010 during the National Council Grand Finals, singing pieces from Werther and La Périchole.

1970's
In the seventies, the Met started to hold a yearly concert to highlight that years's Audition winners.  They fittingly called it the National Council Concert.  It was at this concert that Vinson Cole made his first Met appearance.  He did not make his official debut in a full Met opera until ten years later in 1987 when he took on the role of Alfred in Die Fledermaus.  Ever since then he has been on and off the Met stage while singing at other leading opera houses and concert halls all over the world. 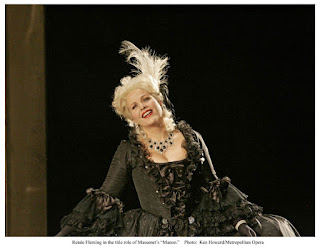 Renée Fleming made her first Met appearance on April 10, 1988 at the National Council Winners Concert.  As you can tell, she shared the stage with a whole bunch of amazing talent which grace the Met stage up to this day.  As mentioned in our 'View from the Top' article, 1988 was a particularly good year for opera talent.  That year she sang 'Song to the Moon' from Rusalka, which would always be one of her best arias.  She describes it herself in her autobiography 'The Inner Voice':


"In the end I felt things really started to turn around for me when I began auditioning with 'The Song to the Moon' from Rusalka.  It wasn't a widely known aria yet, but it was perfectly suited to my temperament and voice."

Renée Fleming has become one of the most recognizable faces at the Met, and she has been performing on its stage every year since the year she won. 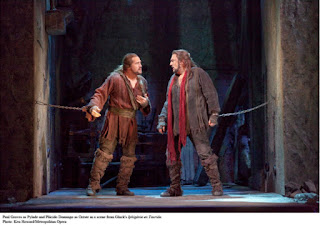 The Grand-Finals Concert was introduced in 1999, so Paul Groves was one of the last singers who made his first Met appearance in the National Council Winners Concert.  He is still a regular on the Met roster, and could last be seen a year ago in Gluck's Iphigénie en Tauride with Placido Domingo and Susan Graham. 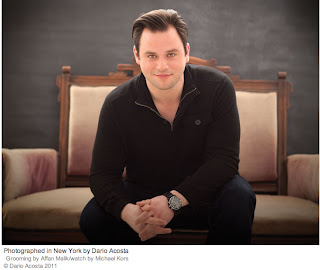 Paul Appleby is one of the most recent winners, and he has been studying at the Lindemann Young Artist Development program since winning.  Every year the LYADP holds several recitals at the Bruno Walter Auditorium at the New York Public Library for the Performing Arts, and Paul Appleby will be performing on Friday March 23rd.  Opera Idols plans to be there, so stay tuned for an eye-witness account of this event.