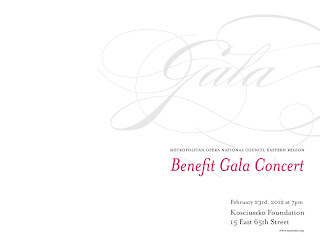 This coming Thursday is a much anticipated day by all volunteers of the MONC Eastern Region.  For months we have been planning the annual fundraising gala, and everything is coming together Thursday at 7pm.

The gala will be held at the Kosciuszko Foundations's Van Allen Mansion, located at 15 East 65th Street.  This beautiful mansion houses the foundation which is dedicated to "promoting educational and cultural exchanges between the United States and Poland and to increasing American understanding of Polish culture and history."

The mansion is the ideal setting for an event filled with music, conversation, laughter, and food.  The evening will start at 7pm with hors d'oeuvres and an open bar.  At this time Duvel beer will also be served, so this is a great opportunity to try an authentic Belgian beer. 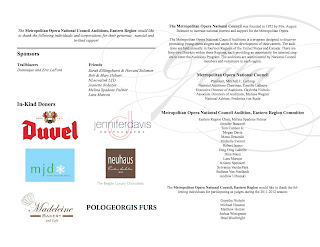 At 8pm the party will move upstairs to the magnificent drawing room, which will be the setting for an intimate concert featuring our MONC Eastern Region Finalists and last year's Grand Finals Winner Ryan Speedo Green.

First to perform will be tenor Viktor Antipenko, our second place winner.  He will be performing "Celeste Aida" from Verdi's Aida and "Shto nasha zhizn? Igra!” from Tchaikovsky's Queen of Spades.  He will be accompanied on the piano by Maria Ralko, from the Mariinsky Theater in Saint-Petersburg, Russia.

The second performance will be given by one of our first place winners, Will Liverman, Bariton.  He will perform "Largo al factotum" from Rossini's Il Barbiere di Siviglia and "Plenty of Nuttin" from Gershwin's Porgy and Bess.  He will be accompanied by Benedicte Jourdois (as will the next two performers), who did an amazing job at our Region Finals. 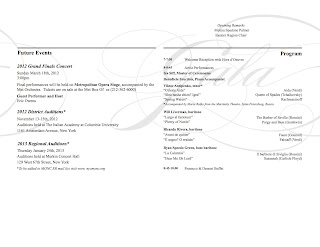 Our second first place winner Ricardo Rivera, Baritone, will then take the stage next as he performs "Avant de quitter" from Gounod's Faust and “È sogno?  O Realtàn” from Verdi's Falstaff.

We end the singing part of the evening's program with a special performance by 2011 Grand Finals Winner Ryan Speedo Green, who is currently a student at the Lindemann Young Artist Development Program.  He has already made his MET debut during the institution's Summer Recital Series in 2011.  He will be performing "La Calunnia" from Il Barbiere di Siviglia by Rossini and "Hear me, oh Lord" from Susannah by Carlisle Floyd.

The event will end with a dessert buffet (and prosecco) kindly provided by Madeleine Bakery and Neuhaus.  Of course, no party is complete without a gift bag, filled with goodies from Neuhaus and Pologeorgis Furs. 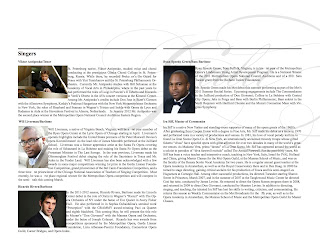 It is still not too late to attend the gala.  Tickets can be purchased at www.operaidols.com.  While there, also check out the bios from all the artists featured in Thursday's performance and find a downloadable version of the program.

All the money raised during the gala will be used to set up next year's auditions and to provide prize money for the winners so they can advance their career.  Ryan Speedo Green is a prime example of what a difference your donation can make.  You have the opportunity to make dreams come true, so imagine what a wonderful feeling it will be to be sitting at the MET in a few years and see one of the stars on stage who you helped along.

If you can't make it to the performance, please stay tuned for a detailed feature on the evening's festivities and consider making a donation at www.operaidols.com as well as signing up for our mailing list so we can keep you informed on the 2012-2013 auditions.